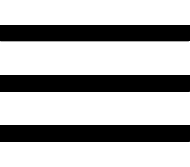 Things were not looking good for them. At barely a half a centimeter tall, the world around them was large and dangerous. Their environment was unforgiving, terrifying, and worse yet, food was sparse. Foolishly of course, they first tried searching for food during the day, only to meet the very Girl who`s massive house they now struggled to survive in. In just the first few days of searching several lives were lost... thanks mostly to the giant Girl who they now desperately lived off of.

The Girl who owned their world was larger than a skyscraper, and the ground shook where ever she walked. To her... they were bugs. Pests. Insects. Things to be crushed and thought nothing of. Trying to get Her attention, as they quickly and tragically learned, was a mistake. Oh, she would notice them. But not as people... as bugs. Unable to hear their screams or simply ignoring the tiny sounds they made, her enormous feet were all that those striving to be saved ever received- followed shortly by a horrific death underneath Her huge, soft warm soles.

Not knowing Her divine name, they quickly came to call the Girl who shook their world simply as, "The Giantess"... "The Goddess"... and... "Her".

She was no ordinary Girl either. Unfortunately for them, she loved power. She was nothing short of a sexual Goddess. The bugs at her feet -whether it was them or actual insects- were not just killed, but enjoyed. Their terror, their pain, their helplessness, and their deaths fueled her sexually. To be a helpless spec crushed under her massive bare foot was only to arouse her. Her panties were often soaked, Her soft divine soles covered in mangled victims...

The last life to be lost before they changed their struggling ways was Mellissa`s. She was brave and determined to find a source of food for those she loved. Risking her very existence in her search, she alone managed to climb high up into the Giantess`s world... only to accidentally be knocked down and into the clothing of the unaware Giantess, never to be heard from again.

Starting that very evening, they agreed that crumbs would be hunted for at night, long after the Goddess had retreated to the upstairs to read her romance novels and fall asleep...

It was Midnight, and the quiet chirping of crickets could be heard outside. It was dark, the moon drifting in and out of the clouds. To many it seemed almost futile searching for crumbs now on the vast and barren floor of Her kitchen. They were hungry, scared, and scattered. That is, until Kaylee noticed a dark shape in the distance. It was far too big to be a crumb, but far to small to be an item of the Goddess`s. After quite some convincing, Tim and Pete reluctantly followed her.

By the time they arrived the size of the mysterious shape had become apparent. To them, it was easily the size of a house! Kaylee made it there first and for the first time in days, she saw HOPE! For there, towering over her excited tiny-self was a huge, half eaten COOKIE carelessly dropped by the Giantess earlier that day!

She excitedly started yelling for Tim and Pete. They were finally saved!

lixyx marked this video as broken, we are checking...

Fake reports are counted when an user marks the video as broken even when the link is not broken.